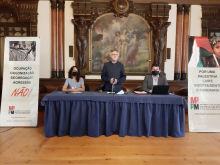 This Tuesday, May 18th, MPPM – the Portuguese Movement for the Rights of the Palestinian People and for Peace in the Middle East – promoted, at Casa do Alentejo, in Lisbon, a Meeting to mark the 73 years of the Nakba.

Israel's brutal offensive in recent weeks against the Palestinian population in Jerusalem has made it clear that the ethnic cleansing of Palestine is an ongoing process.

In 1967, Israel occupied all of historic Palestine, imposing a racist, colonial and apartheid regime on the Palestinians.

Against the perpetuation of this injustice, the Palestinian people resist, every day, in Sheik Jarrah, in Hebron or in Gaza.

Against the distortions and falsehoods of the media discourse, we launched the debate on the Palestinian issue, 73 years after the Nakba.

The session included speeches by MP Bruno Dias, chairman of the Portugal-Palestine Parliamentary Friendship Group , by the Palestinian researcher and university professor Dima Mohammed, and by Carlos Almeida, historian and Vice-president of MPPM. 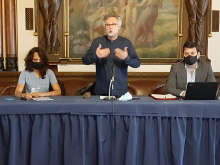 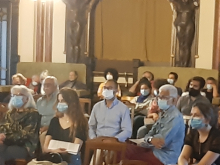 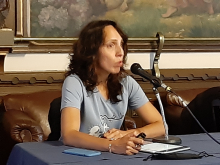 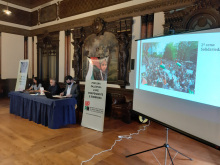 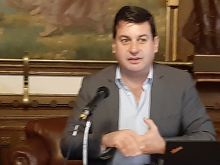 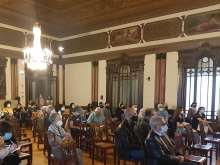 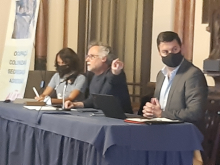 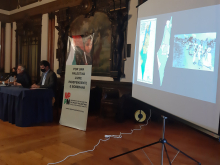